Ronald Mitchell, 80, of Independence, MO passed away on May 6, 2018 at Village House Hospice with his loving family by his side. Ronald was born on February 10, 1938 in Kansas City, KS to David and Mary (Caudill) Mitchell. After graduating from Baker University with a degree in Business Administration, Ronald proudly joined the Army and was stationed in Fort Ord, CA. While on leave from the Army, Ronald married the love of his life, Carol Jean Solomon. In 1970 they moved to Independence, MO. Ronald, along with his wife Carol were long time members of Christ United Methodist Church. He retired from the Internal Revenue Service after 17 years of service as a collector. Survivors include; wife Carol Mitchell; son David Mitchell and his wife Sonja; daughter Debbie Dillard and her husband Ken; grandchildren Trent Mitchell, Cole Mitchell, Caroline Dillard, Claire Dillard, Bryce Dillard and Grayson Dillard. At Ronald’s request Memorial Services will be private.

Dora Margaret Cole, 104, passed away Sunday, July 10, 2016 at Katy Manor in Pilot Grove. She was one of 3 children born to Owen Estil and Mary Elizabeth “Betty” Todd-Cordry in rural Pilot Grove.

Dora attended West Fork School and graduated from Pilot Grove High School in 1929. She married Noel L Cole on April 23, 1931 and were the parents of Carolyn Cole-Eichelberger.

Dora loved to garden, both vegetables and flowers, and made many quilts. She was well known for her crocheted hot pads, the many floral arrangements that adorned the altars at both churches came from wildflowers and Dora’s flower beds. She was a good friend and neighbor to all who knew her. Her faith was extremely important to her and held a high place in her life.

Dora was preceded in death by her parents, husband Noel in 1978, an infant brother, infant sister, and beloved son-in-law Joe Eichelberger in 2008.

Celebration of Life will be held 2:00 PM Thursday, July 14, 2016 at Mt. Nebo Baptist Church with burial following in the New Lebanon Cemetery. Visitation will be held from 6-8 PM Wednesday, July 13th at Meisenheimer Funeral Home in Pilot Grove.

Online condolences may be submitted at http://www.meisenheimerfuneralhome.com.

Connie was born on June 30, 1940 to Arthur M. and Christine Thogmartin Scott in Springfield, Missouri. She graduated from Pittsburg High School in Pittsburg, Kansas and the University of Kansas, where she was a member of the Pi Beta Phi sorority. She earned her Masters degree in Special Education.

Connie began her teaching career in Kansas City, Kansas. She met and married Dr. Maurice Cochran Solomon while she was teaching hospitalized children at the University of Kansas Medical Center. They moved to Colorado Springs shortly after getting married. Connie spent the next few years at home raising her children. She then began an extensive political career that culminated in serving two United States Senators and as Chief of Staff for a United States Congressman.

James “Jim” Joseph Painter, 72 of Boonville, Missouri passed away on Thursday, November 26, 2015 at his home after a valiant five year fight with cancer.
Visitation will be from 4-6 p.m. Friday, December 4, 2015 at William Wood Funeral Home, 517 Fourth Street, Boonville, Mo.with Masonic service beginning at 6 p.m. All are welcome to attend.

Jim was born on Friday, August 20, 1943 in Boonville, Missouri to Edgar Leslie & Ruth (Lamm) Painter. Jim graduated from Boonville High School in 1961. After graduation, Jim joined the FBI and moved to Washington, DC and then transferred to Anchorage, Alaska. Jim received his Bachelor’s Degree from the University of South Carolina. In 1965 he united in marriage to Nan Halle in Columbia, South Carolina and to this union two children were born. Jim and Nan moved to Atlanta and it was then that Jim retired from the FBI and they moved back to Boonville in 2003. Jim loved Boonville and served on many committees including the City Council and Boonville Tourism. He was involved with Ararat Shriners, Mason’s, York Rite and Scottish Rite.

He was preceded in death by his parents and one brother, Don.
Jim leaves his beloved wife, Nan, to mourn his loss, a daughter and her husband, Casie and Russell Joens, of Madison, Ala. and a son and his wife, Dan and Patricia Painter, of Boonville, Mo., a brother, Jon Painter, of Hannibal, Mo., a sister and her husband, Pat and Bob Todd, of Poplar Bluff, Mo., five grandchildren, Elizabeth Joens, Matthew Joens, Scott Painter, Cody Painter and Emily Painter and several nieces, nephews and cousins.

ARTHUR JOSEPH SCHNEIDER, 71, son of the late Arthur C. and Dorothy Schneider, passed away Saturday, May 30, 2015. He married Vicki Kay Calloway in 1974, and they had two children.

Per Mr. Schneider’s request, no funeral is planned; rather, his family and friends will celebrate his life at a date to be determined.

Mr. Schneider was a sentry dog handler for the military police. He served in Vietnam and was honorably discharged.

Earlier in his career, he worked as an assistant news editor for the Helena Independent Record in Montana. He began work as a reporter for the Columbia Daily Tribune in 1972, then in 1975 worked as a public information specialist for the University of Missouri.

He later was hired as an extension specialist for the University of Missouri and was headquartered in Boonville. He continued this work until he retired.

He served 6½ years on the Central Missouri Food Bank Board, including one as chairman. He also served as chairman for the Harvest House Board in Boonville. He played a major role in the Boonville Outdoor Arts Committee, including in the procurement of the Hannah Cole statue and statues of other Boonville notables.

Though not necessary, for those who feel compelled to send flowers, the family asks that you instead make a donation to the American Heart Association or the Humane Society of Central Missouri.

BONNIE SCHILB BLACK passed away on June 6, 2014 with her three children by her side while vacationing in the Caribbean.

Bonnie is survived by her three children. Scott Hill and wife Dawn of Dallas, Texas, Laura Beth Cooper and husband Chris of Jefferson City, Missouri, and Neil Hill of Columbia, Missouri. She also is survived by four grandchildren: Ryan and Marie Detilier and Michelle Hill of Texas, and Cole Berhorst of Evanston, Illinois. She had one great grandson, Tristin Raines. She is also survived by her three brothers: Fred Schilb, Eddie Schilb, and Joe Schilb. She was preceded in death by both of her husbands.

Bonnie had dedicated her life to raising her three children as a single parent and pediatric nursing. Her registered nursing career lasting a total of forty-two years included Children’s Mercy Hospital, Blosser Crippled Children’s Home, Marshall State School and Hospital, and Mid Missouri Mental Health in Columbia. She spent the last two decades of her life in Columbia, Missouri where she enjoyed reading books, relaxing with her rescue dog, Haley, and celebrating every Missouri Tiger victory where all three of her children are alumni.

Marie, a descendant of Hannah Cole, was born on July 14, 1918, to James Leslie and Maggie Cordelia (Solomon) Painter, in Bellair, Missouri. She grew up with two older brothers, Robert and Edgar, and younger brother Billy, on the family farm outside of Pilot Grove. She graduated from Boonville High School in 1937, and eventually moved to St. Louis with friends to work in their beauty salon. Through mutual friends, she met John Herman Fortman. They married on April 26, 1942, in Bellair, Missouri.

Marie and Johnnie started their lives together near his family in the St. Louis area. They soon moved to the Pilot Grove area where they raised their children, daughter Nancy and sons John Leslie and Herman Lee, and shared the heartache of the loss of their youngest daughter, Rose Mary.

Marie loved to quilt by hand, crochet, knit, and weave rugs on her mother-in-law’s loom. She also enjoyed going for walks down to the creek on the farm, cracking walnuts in the fall, and baking angel food cakes for everyone’s birthday. She loved her children, grandchildren, and great-grandchildren dearly.

Marie was preceded in death by her husband Johnnie and daughter Rose Mary, her parents and brothers, her granddaughter Leslie Jean, sons-in-law Dan Jenkins, Sr., and Cliff Aldrich, and daughter-in-law Pam (McKenzie) Fortman.

A true “farm boy,” he was raised and spent all of his adult life on the family farm, except for a four year period in service to his country during World War II. He loved both the outdoors and family, both of which were evidenced throughout his life on the farm, first farming alongside his dad W.J., and later taking over the operation after his dad’s passing.

He had a love of flying and pursued his pilot’s license, followed by obtaining his commercial license as well.

With the beginning of WWII a decision was made to join the Army Air Force. Because of his flying experience he was advanced without “boot camp” into the Army. Being color blind he was unable to serve as a pilot but continued his love of flying and service to the country in the capacity of flight engineer and instrument specialist in the Pacific Theater of Operations.

Returning to the family farm in 1946 Glen began his long career alongside his dad.

He married the love of his life, Esther Salwasser on September 15, 1946, a loving partnership that endured for 65 years.

The family grew over the years to include four children, Nancy, Kenneth, Jill, and Jack, four grandchildren and four great grandchildren. 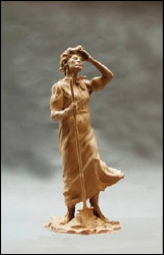